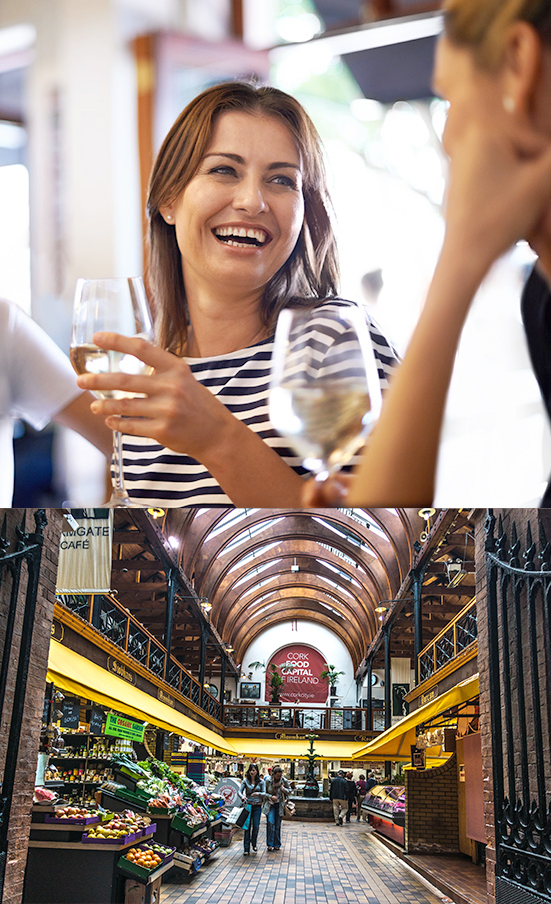 The Counting House is situated in a prime location, right in the heart of the City’s central shopping district, with a host of superb amenities just a stone’s throw away. A city steeped in culture, it’s home to the world famous Jazz Festival. The City is also home to the English Market, where you’ll find some of Ireland’s best artisan food producers.

Cork City is also the gateway to the South West, boasting some of Ireland’s most breathtaking scenery. Discover the County’s rich seafaring history in the towns of Kinsale and Glandore. Explore Cork’s wild rugged coast from Skibbereen to Mizen Head. Or take a trip to one of the many islands dotted around the coast, perfect for whale watching.

Cork also has a rich sporting heritage, from football to hurling, rugby, sailing and equestrian pursuits. There’s so many opportunities to get involved, as a keen participant or an avid spectator.

A city full of festivals

The foodie capital of Ireland