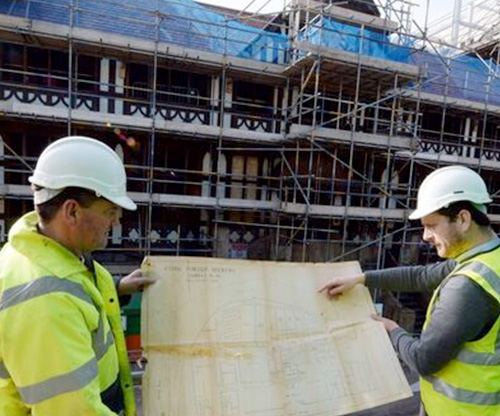 Developers BAM are toasting the discovery of a treasure trove of historic documents during its multimillion restoration and redevelopment of what was once Ireland’s largest brewery.

The raft of documents, one which dates from the 1790s, was found inside safes which were retrieved from the landmark and listed Counting House building on the site of the former Beamish and Crawford brewery complex in the medieval heart of Cork City.

The haul includes several old maps, dozens of legal documents, mortgage and lease papers linked to property all over the city, as well as old unsigned cheque books and ledgers linked to the brewing company’s operations.

BAM property project/development manager, Paul Kenneally, said each of the documents is remarkable in its own right, but combined, he said the collection gives a fascinating insight into the history and development of the former brewery building, and into the commercial and business activities of both the Beamish and Crawford families during the 18th and 19th centuries.

“We have contacted the Cork City and County Archives about the discovery and we hope to hand all the material over to the archival experts there soon,” he said.

It is hoped that once the documents are examined and catalogued, they will be made available for study. It is also hoped that permission may be given later to put some of the more interesting documents on display in the restored building.

The documents were discovered after the building team removed several large safes, some up to six feet tall, from the Counting House building. The safes were so heavy, a tower crane was used to lift them from the building. Adhering to the advice of conservation architects, the builders drilled tiny holes in the safe walls and inserted snake-cameras to peer inside and assess the contents, before carefully removing the safe doors to discover the documents inside. 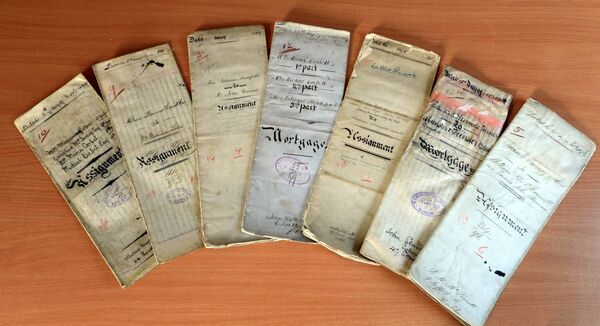 Among the items is a handwritten legal document issued by the company and dated 1797, complete with wax seal, just five years after the brewery firm was established; a rent document from the 1800s detailing lease arrangements for a property on Oliver Plunkett St for the value of £341 five shillings; a legal document, dated 1890, signed by Richard Beamish and Arthur Crawford; and several indenture documents which had to be signed by publicans before they could lease licensed premises from the brewery.

News of the discovery emerged yesterday as work continues on the conservation and redevelopment of the Counting House as a five-storey complex, zoned for office and education uses.

The original planning permission allowed for an interpretive centre, a seven-screen cinema and viewing tower but BAM was granted permission over two years ago to modify the plans, dropping the cinema and observation tower in favour of developing a large office precinct, to include educational purposes, while retaining the heritage aspects of the buildings.

The key heritage features, including the County House’s striking Tudor-fronted facade, and many of its original internal features including roof timbers, walls and arches, stairs, railings and meeting room panelling, as well as several vast two-to-three storey-tall copper hoppers and other machinery used in the brewing process, are being conserved and retained in site.

It is expected that the building will be complete by the end of the year.

The huge restoration project is one element of BAM’s near €150m regeneration of the former brewery site.

A large student apartment complex is due to open later this year, but legal and planning issues must still be resolved before work can start on the long-awaited 6,000-capacity event centre adjoining the Counting House.

From the Irish Examiner